Stuart Cox is the Arts and Wellbeing Director at St. Margaret’s House, Bethnal Green. The project offers relaxed woodwork sessions for adults, who meet weekly to learn new skills. We interviewed Stuart so he could explain more about the project set-up and funding.

“Woodwork for Wellbeing started at St Margaret’s House just 3 years ago. It was intended to be volunteer-led but we soon found some funding to make the sessions regular and longer term. The sessions focus on providing a space for people who may be suffering with mental health issues and isolation to gain skills in woodwork and also be part of a group with potential to increase friendships and wellbeing.”

This image shows a Woodwork for Wellbeing participant with their project.“The project started 3 years ago at St. Margaret’s House but had been delivered on a small scale in some other places. We saw that there were some funding opportunities to increase delivery. An example was that it was men only at first and there were many enquiries from women. Finding the funding gave capacity for mixed groups. We used internal St. Margaret’s House knowledge around what funding could work. When the group became formally constituted and started looking for it’s own funding we assisted but they also worked with Tower Hamlets CVS and East End Community Foundation.”

“The project is being funded by a mix of funding and grants, including Awards for All, Postcode Lottery and the East End Community Foundation. We ensured to mention in our funding applications that the project is set up to support socially prescribed participants attending the group, and we worked with local social prescribers in the first year in Tower Hamlets to secure referrals. The project is also part of our sucessful Thriving Communities bid called ‘The Health Tree’ which has really increased the types of referral pathways.”

“In the long term we look to build on our relationships with other projects such as Men’s Shed and UCL. Their relationship with St. Margaret’s house has meant that we have gone from finding funding for them, to supporting the project in strategy, partnerships and finding their own funding so they can flourish themselves.” 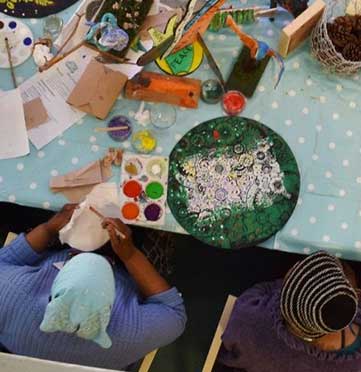 Entelechy Arts and the Albany Theatre

Meet Me... is a dynamic programme of arts-led social activities for people over the age of 60 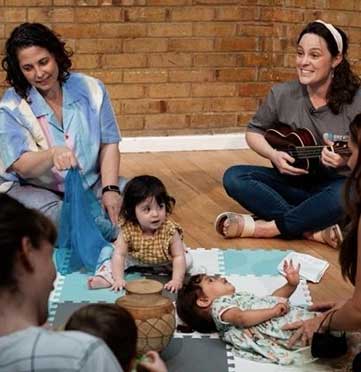 A pioneering singing service for mothers with symptoms of or a diagnosis of postnatal depression (PND). 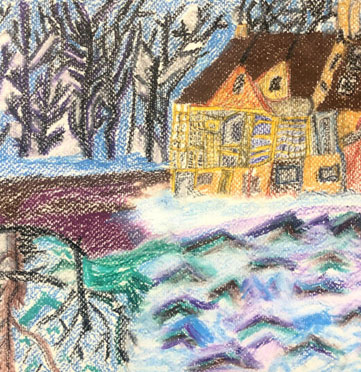